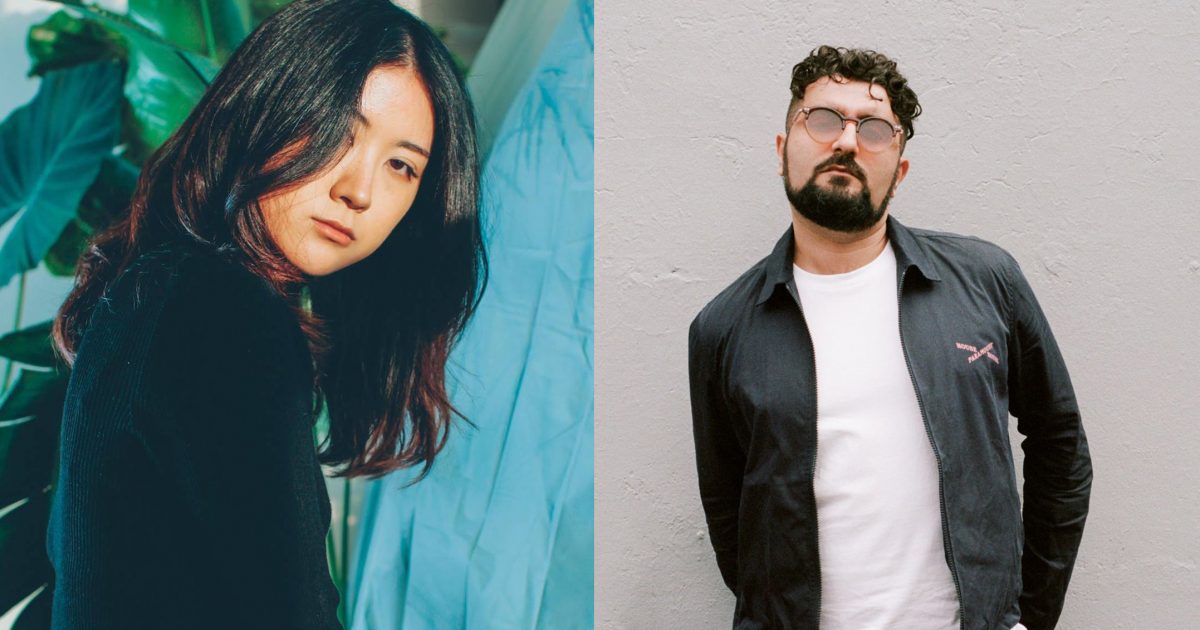 Home
WORKOUT TUNES
That Sound with Motez and Qrion

That Sound is a series where we explore and share contemporary musical ideas from some of Australia’s most compelling electronic artists, producers and musicians. For the fifth and final feature of the series, producers Motez and Qrion takes us through the process of how they made their arpeggiator loop that features so prominently in their latest single ‘Slow Down’.

Motez has been a name synonymous with sweaty four-to-the-floor house. In more recent times, the Iraqi born, Australian producer began to push his musical boundaries, returning to his roots of classical piano know how mixed with the influences of 90’s dance music. From his floor filling ‘Ride Roof Back’, to his now beautifully composed ‘Future’, Motez’s musical evolution has placed him, in the eyes of the fan, as an artist who can flex his skills and musical-taste across many dance music genres.

In a recent pre-COVID trip to Los Angeles, Motez chanced upon an opportunity to work with Japan native Qrion in the studio. Qrion is no stranger to the world of dance music, connecting with the world well beyond her home in Sapporo, making music with producers like Ryan Hemsworth, Giraffage, Spencer Brown, and now, of course, Motez. Qrion notable tracks include her Ajuna Beats signed ‘Outro’ and remix of the Melbourne based Dugong Jr’s ‘Holding On’.

Motez and Qrion’s single ‘Slow Down’ is a meeting of like minded musicians. They have created deep and crisp synths, crackling claps, and a 90s UK House style vocal sample.

As a part of ‘That Sound’ the duo go deep into the making of the song and zone in on how they made the arpeggiator that serves as the backbone of the song.

– When did you make this single and what’s the idea behind the ‘Slow Down’?

QRION: We made this in a studio session in LA last July. Since we both play DJ gigs, we decided to make some 4kicks style club track we can play in a set. The tracks I have started to play in sets, have become more progressive house than before, and Motez’s house bangers are so fire, I think we both wanted to make a club youth track. I really feel the song has our ideas 50/50, very balanced which is such an ideal collaboration!

– How would you define your sound?

Qrion: I would say some of my melodies are arpeggio-tic. I recently noticed that because it’s based on how I learned classical pianos when I was young. As you can hear the main lead pluck from our track, I like how my taste and his progressions combined really well.

– What is the story behind your song, Slow Down?

Qrion: We basically had two day sessions at an LA studio. My team gave me a great opportunity to do the collab with him, so I flew from San Fransisco. It was my first studio experience of working with someone I’ve never met before, flying to another city to make music not for gigs. Telling each other about our favourite music styles, we both showed how we played keyboard. It was the most comfortable studio session I’ve ever had out of the city. I’m glad we connected to make music and start a good friendship!

– What was the thought process behind resampling and processing sounds for percussion and effects in ‘Slow Down’ in the song?

Qrion: I remember when we tried to find some samples or vocals to brighten the track up a little bit more, Tez showed me how he finds parts online. We ended up listening to some TED talk on YouTube and randomly sampled it. And the part she said “when you feel the need to speed up, slow down” really stuck in our head, we brought it to the break part and it worked so well!

Since it’s the word “slow down”, Tez had an idea that we could actually pitch down the vocal towards the end. We created some unique noises and things to fill in the break using Soundtoys EchoBoy which is the great delay effect (if my memories are correct!) to spice up the samples… Tez is such an effect magician.

Motez: I guess we cannot describe “Slow Down” without talking about the arpeggiator that is the constant theme throughout and the main instrument. Even though what I’ll describe below will involve a lot of external hardware and some non-Ableton/third-party plugins, the principle is the same: how you can make sure that your sound evolves throughout the song and make it more interesting, here I will dissect the Arp in ‘Slow Down’.
*For those who don’t own hardware and want to muck around and make an Arpeggiator idea, Live comes with a selection of custom-designed, built-in MIDI effects.

1. The main Arp was written into MIDI onto Ableton and played back to my modular system that I took with me to LA. It was a very simple hardware chain consisting of the Make Noise 0-Coast as the main sound, running into a Strymon Magneto tape echo.
*Here’s some tips on how to connect hardware to Ableton.

If you don’t own external hardware, you can try Live’s native Arpeggiator effect.

2. After finding the right sound to play with, we recorded the MIDI notes onto a clip that was repeated for the entirety for the song. I have always been a fan of putting the foundations down, having a rough structure of the song and its length, that way you can have a clear vision of where you want to take your tune and how to tweak the various elements to build tension and work on transitions. In this case, the Arp was the constant that we needed to work with.

3. Upon recording the audio from the 0-Coast , I was making tweaks and building the Arp as I went, both on the 0-Coast and Strymon Magneto. The main aspects that I was playing with were: Decay, Overtone, Release (On the 0-Coast) as well as Wet, Feedback and Pitch/Speed (On the Magneto)

I’ve played more with the “speed” and “break” function on the Magneto, you can hear Arp skipping and changing ever so slightly to maintain a bit of interest in the sound

4. However deliberate the previous set up was, there was always room for unpredictability as we are dealing with a modular system here, and that is the beauty of using those sorts of sources in your music, randomness is a big factor as to why I decided to start investing in a modular system. You can hear some imperfections in the song if you listen closely.

5. After the audio was recorded, it was time to make it blend more into the song and create further build up using the audio and some plugins. Here’s what the chain looks like on the main Arp audio channel:

6. The main elements that were tweaked with the recorded audio were:

Utility / Width: This is a trick I’ve used a few times, by playing with the width through a build-up would make the drop a lot more effective, the perception of things going away before they come back to the fold is so effective.

Filter / High Pass & Low Pass: I have used a combination of both in different parts of the track, usually in sections where there isn’t bass I open up the bottom end of the arp so it takes that space, when the bass is back I high-pass the low frequencies of the sub so they don’t clash.

Valhalla Vintage Reverb / Mix: This is a trick I have always used, increasing the mix of the reverb helps build up tension and release within the track, it also helps with moving the Arp within the space of the track by moving it to the very back so it feels like it’s back to the front when the mix is decreased, a similar effect to the Utility/Width described above. Here’s what the settings on the Valhalla Reverb were and how it was automated within the track:

Other ‘That Sound’ Resources

– Learn about resampling and processing sounds for percussion with Pat Carroll

– Take a tutorial on vocal processing with LÂLKA.