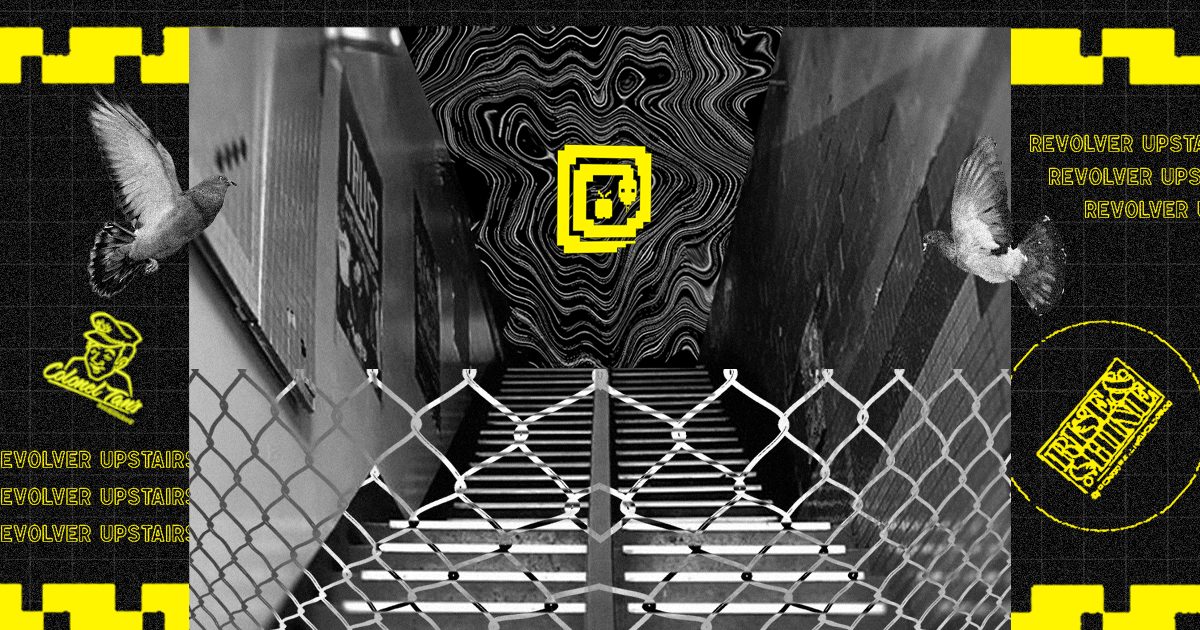 Home
EDM PLANET
The inside story of Revolver Upstairs nightclub

Revolver Upstairs (aka Revs), on Chapel Street, Prahran, is undeniably one of the most famous nightclubs in Australia. But they’ve also caught an unshakeable stereotype in the public eye as nothing but a hideaway for unrestrained hedonism.

Despite the fear-mongering articles from Aussie media or the viral rumour-spreading Reddit threads, those who know the venue best see it in a different light. Much more than the 72-hour weekend benders it’s known for, Revs has long been dedicated to musical diversity, arts, and culture-building in their community.

In this edition of the Stoney Roads Podcast, long-time Revs staffers Henry Wilson and Phil Ransom tell Andrew Cotman about what really goes on once you climb those stairs.

The story starts with a deal between Thai pop star Tan Punturaumporn and Camillo Ippoliti, a Melbourne venue manager of spots like Cookie and The Toff In Town. After Tan bought the run-down Chapel Street building in 1992, he started Revolver in the lower level of the former parachute factory.

“He’s quoted as saying, “It looks like a gigantic pigeon cage,” due to a fire on the top floor in 1987, and obviously the pillars at the front presumably. And so he initially opened it up with the downstairs floor, it was called Revolver Music Gallery, and that was a music shop. And then they expanded to incorporate Revolver Rehearsal Studios out the back.”, says Henry.

An associate recommended Camillo to bring his vision for a music venue into the upstairs level. Tan isn’t involved in the day-to-day management of the venues anymore, but he still lives as a friendly face in the building, and the adjoining Thai restaurant was named “Colonel Tan’s” in his honour.

“[Camillo] had a couple of clubs in the ’80s and early ’90s, Sub-Terrain and Inflation were two of his. He was sort of itching to take on something a little bit more ambitious and creative. I’d say it’s very much a reflection of Camillo and his interests. In his own words, it’s essentially designed to reflect the streets, tap into arts communities and subcultures,” says Henry.

From these statements, it’s clear that Revolver never intended to hold the reputation it does today. It was built on a vision of a community centre for music, arts, and culture. Phil says that it still is today, but it’s no longer seen like that by the general public (and even some of their punters).

“It was a different place when it was building. But it was a good place. It was more of a multi-arts sort of venue. It is now, but people don’t think of it. People have a very blinkered way of looking at Revs, they see it all through the prism of Sundays of house music and that sort of thing. I think it’s stuck to its guns. We have a really active arts scene and we have done for a long time,” says Phil.

Revolver is known for its eclectic interior, littered with vintage lamps, artwork, and furniture that emulates a sharehouse more than a nightclub. Henry says that the unconventional layout inspires a unique experience for punters, and has since their beginnings.

“It was a little bit more grungy, had a very strong live influence, and definitely very unconventional as far as a nightclub goes, in terms of the Back Bar; it’s laid out with couches, there’s no conventional dance floor space. So yeah, that was, I think, the aim and the goal of it; to bring all those communities together under the one roof,” says Henry.

Since then, the crowd demographics have undeniably changed. With more notoriety has brought a less-diverse crowd, one with more men than staff would hope to maintain their venue’s identity.

“As much as nobody wants to be in a place full of heterosexual men, it’s not always possible to just knock everybody back all the time. In the early days, it was easier because a lot of interesting people were coming. But then once the hype about it being open on the weekend and all the stories started to emerge, it did attract a lot of dickheads. And keeping them out is a full-time job. And we do the best we can, but sometimes dickheads get in, and like every club on earth, sometimes it’s too male-heavy. But it’s a full-time job,” says Phil.

Once the word had gotten out, whispers started spreading online. Because you’ll probably get shown the door if you’re caught taking photos inside the venue, the public ate up any stories from inside the venue. These tales became the centre of discussion in several infamous Reddit threads asking anonymous punters to share their most illicit anecdotes. When Andrew asked Phil for his response to some of the tidbits, he shot them down. Jump over to the full episode to hear Phil and Henry tackle plenty more of the notorious Revs rumours.

“I know that all the popular stories from back then, most of them aren’t true. Nobody died. There was nobody that was pushed under the billing table for 24 hours. None of that ever happened,” says Phil.

In the interview, Phil and Henry dive into the slew of social and legal issues that have kept their team working nonstop to keep Revolver afloat, like banning the use of GHB and their rollercoaster relationship with local government.

“See the interesting part of doing interviews like this for me is that I think that people have no idea of how difficult it is to keep the doors open. The amount of flaming hoops that you have to jump through just to exist. It’s unfathomable and never-ending. They have a lawyer on retainer, which is unbelievably expensive because stuff comes up all the time. They have a full-time staff member who her job is liaison officer. That’s all she does. She just talks to people, government groups or councils, or whatever that are basically trying to shut us down. So it is an absolute nightmare to keep the place open.”

One of those issues was the COVID-19 pandemic of 2020. We recorded this interview in the middle of Melbourne’s months-long battle with containing the virus. Since then, Revolver has reopened its doors to the public and is even hosting open-air raves to help keep attendees safe. During the height of the shutdown, they campaigned online for the Save Our Scene movement, raised money for their staff via GoFundMe, and streamed sets every week to give punters their Rev’s fix.

Despite having made their long-anticipated return in November, it will be a long road to full recovery for all venues in Melbourne and across Australia. Because of that, Phil’s statement on government support for music venues still stands.

“There’s a really interesting discussion around cultural capital and how it’s not valued and we’re seeing it amplified in the COVID era. You don’t have musicians, and artists, and higher education providers, uni lecturers and that. Those sort of people are not getting JobKeeper, but priests are. It’s bizarre. Through our institutions, emphasis and value is not placed on our cultural capital in terms of what people actually do, which is going to nightclubs. At least that’s part of it. And we will be the absolute last cab off the rank in terms of COVID recovery. Basically, DJs, nightclubs, and those sorts of people have been instructed to just go sit quietly in the corner and die,” says Phil.

Now that Revolver’s re-opened for business, the public has predictably flocked back to the venue. But as we learned in this episode of the Stoney Roads Podcast, it’s just one of the hurdles they’re constantly overcoming. But at its core, Revs is about good times, and we heard about plenty of those too. You can hear about the time a turkey went for a smoko, when the members-only appliesand how often those couches get replaced, on the Stoney Roads Podcast.

Listen and subscribe to the Stoney Roads Podcast on Apple Podcasts.