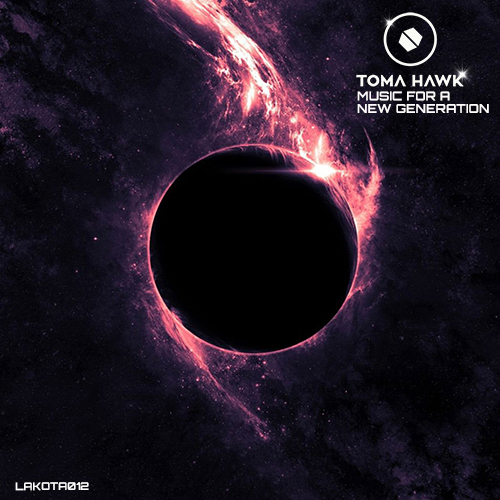 Toma Hawk is back with a brand-new EP called Music For A New Generation. By releasing this EP, he shows that he is not messing about. The title track begins with a galloping beat and a variety of percussive intricacies that make up its own melody. There’s a harnessed wildness about the track that sucks you in and forces you to focus on every little detail within the production.

Toma Hawk’s Music For A New Generation introduces a deeper groove with hints of vocals. Afterwards, it becoms more and more intense with each bar. Suddenly, a forceful bassline begins driving the way. In true Toma Hawk fashion, a trippy filtered vocal infiltrate joined by dramatic stabs as the ferocity rises into another heart-stopping drop.

Additionally, the second track on the EP is “Snatch”. It launches into a percussive intro that gives off an almost jungle vibe ahead of a booming bass that dominates the track. In fact, “Snatch” is much funkier in groove as the hi-hats take control of your feet, making you want to dance along. Cinematic synths dance across the background highlighting the complexities within the production.

Toma Hawk has had quite the year for music with releases such as “Velvet“, “Destination Zero” and “The Watcher“. These tracks have all generated quite the stir before launching his moniker ‘Mon.Ton’ to the masses. This moniker uniquely develops a deeper, darker Techno sound. Having been a part of the dance music industry for the best part of 25 years, Toma Hawk has adapted and moulded into a powerhouse of an artist whose passion for Techno knows no bounds.

Music For A New Generation is out now on Lakota Records. Fans can start downloading and streaming here on Spotify and Beatport.