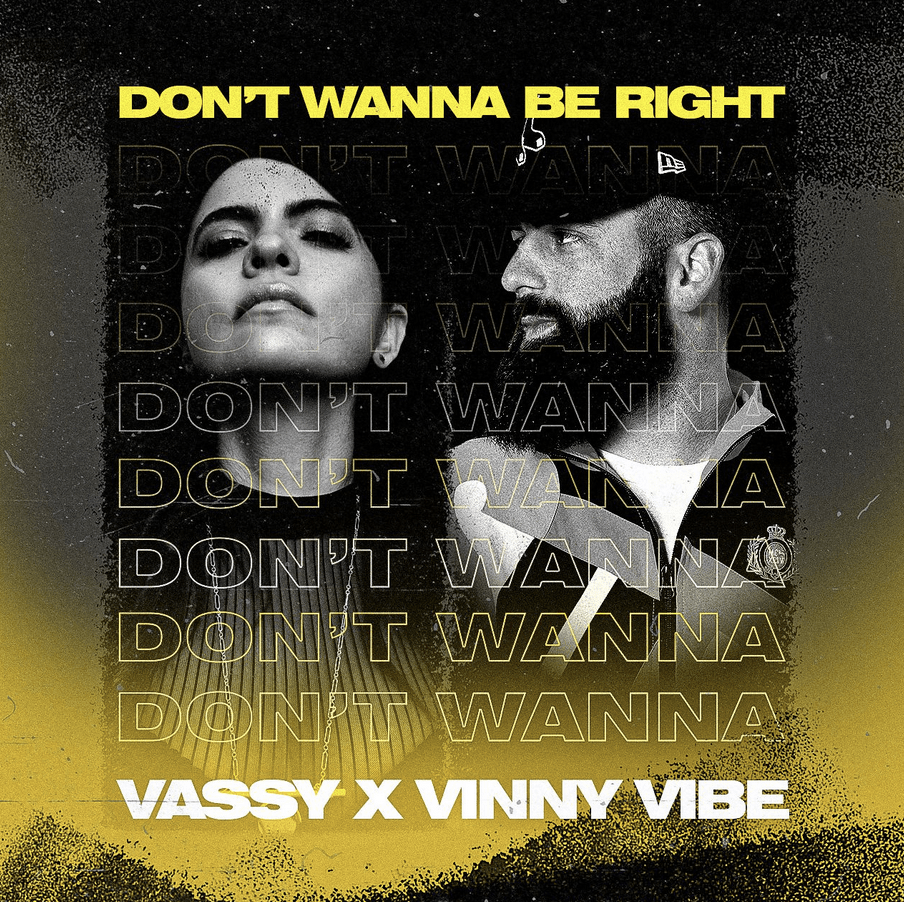 New Music Alert! Today is Friday and this week’s New Music Friday is about award-winning artist VASSY and her new single “Don’t Wanna Be Right.” She collaborated with producer Vinny Vibe of all producers, and you’re not going to want to miss out. This single is now available on all music streaming sites. “Don’t Wanna Be Right” is the first new song by VASSY since her dance-pop anthem “CHASE”, featuring Bonka, released in May of this year. The anthem hit and stayed at the #1 spot for 13 consecutive weeks on the Billboard’s Dance/Mix Show Airplay charts. Her 2014 single “Bad”, a collaboration with David Guetta and Showtek, also recently hit the 1 billion stream milestone, only adding to the greatness of VASSY.

“Don’t Wanna Be Right” features VASSY’s stunning vocals on top of the music produced by New England producer Vinny Vibe, who is currently on tour with Pitbull. The song has an incredible poppy dance vibe that is just irresistible to its listeners. It’s a poppy, passionate, and sensual song that you won’t be able to stop yourself from singing and dancing along to in the club.

Since the beginning of her career, VASSY has become one of Dance Music’s most prominent and authentic female artists. Her chart-topping discography includes “Bad” with French DJ David Guetta and “Secrets” with Dutch DJ Tiësto, earning numerous #1 singles in over 30 countries. VASSY is not an unfamiliar name on the Billboard Dance Charts and Dance Radios here in the US, leading the ranks eight times with recent singles “Trouble,” “Concrete Heart,” “Lost,” with Afrojack, as well as “Nothing to Lose” co-produced with Tiësto.

With her top-notch, perfectly toned, and perfectly pitched vocals, VASSY has become a regular performer at major music festivals at a global level, participating at Miami’s Ultra Music Festival, Belgium’s Tomorrowland, New York’s Electric Zoo, and Australia’s Stereosonic. Her music can also be heard in campaigns and advertisements for brands like Victoria’s Secret, Nike, and Pepsi. Her single “We Are Young” was featured in film trailers for Disney’s Academy Award-winning animation “Frozen,” “Cabin In The Woods” and Tina Fey’s Admission. As a humanitarian, VASSY has also shown support and done collaborations with global charitable organizations such as Playground of Dreams, Carers Australia, Best Buddies, Aviva Safe House, NoH8, Green IT, and Gday USA among many others.

VASSY on her new single: “I’m excited about this new record, this is one of my favorite songs I’ve written, and it’s a passionate love song with a sensorial experience carried out through the sensual yet dancy production by Vinny Vibe. I’m so happy how this song turned out and I can’t wait for everyone to hear it.“