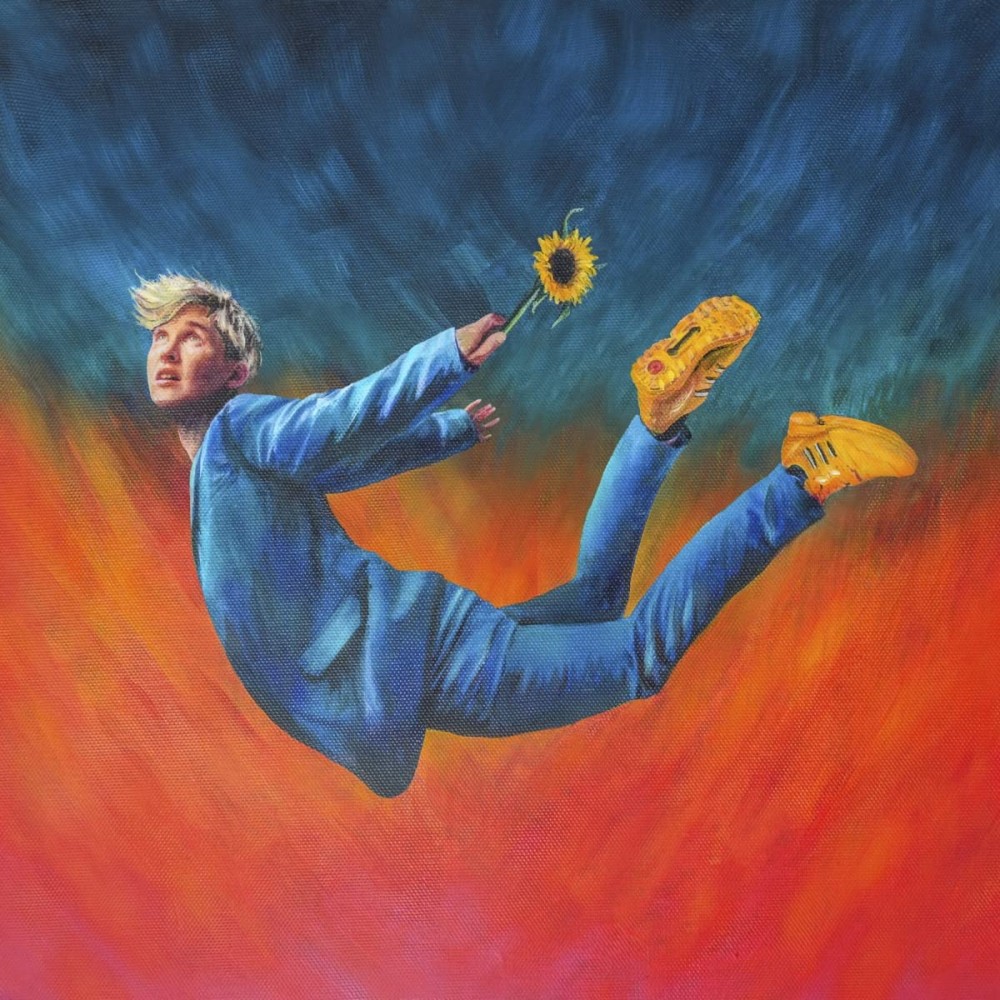 Two years ago, the Australian singer-songwriter Alex the Astronaut nabbed her breakthrough moment with the release of her brilliant debut LP The Theory of Absolutely Nothing. That release was a rousing, intimate collection of songs parsing coming-of-age uncertainties – including love found and lost, depression, hope, and the gritty mental struggles of everyday life. Musically, Alex the Astronaut brought to life a swirl of sweeping folk, pop, and indie rock via her uniquely self-reflective songwriting. Now, the rising musician has topped herself with her follow-up album, the bold and poignant How to Grow a Sunflower Underwater – which arrived this past Friday via Nettwerk. 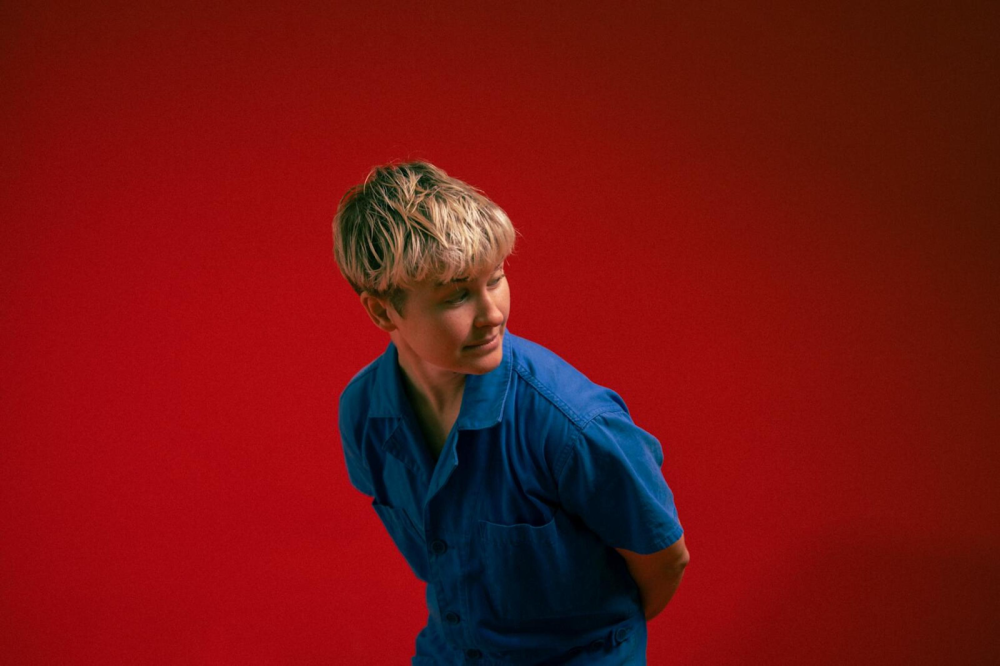 Alex the Astronaut conceived the album during COVID lockdown and in the midst of a period of intense reflection on her past traumas. She also looked to the crumbling state of the world around her, and in an intense effort to make sense of it all, the sounds and themes of Sunflower were born. As a result, the album is emotionally heavy, sonically expansive, and ultimately a therapeutic ride for both artist and listener. In a press statement, Alex explained:

“I’d read a few books about post-traumatic growth and was struck by how trauma can negatively impact so much of your life, but it can also help you to connect better with people based on your shared experience.

I’d written a couple songs that were far more vulnerable than anything I’d done before, and I started to see that I needed to keep being that vulnerable if I wanted to make something that contributed to the world. I like to write songs that have a purpose to them—so even if it felt uncomfortable sometimes I had to tell myself, ‘Let’s just keep swimming.’

“During the lockdown, I’d snorkel four times a week; there was so much going on in the world, and it felt good to be underwater and get to know all the creatures there,” she says. “I started thinking about the ideas that I’d put forward in the album, and I realized that the big question was, ‘How do you live a happy life and be optimistic with so many horrible things happening all the time?’ I ended up picking sunflowers to represent that because they’re the happy flower.”

Amidst all the hardship, there’s still an uplifting “strength-in-numbers” quality to the album, as exemplified through the poignant opener “Growing Up,” whose chants of “Is this growing up?” may as well be a thesis statement. The track employs tranquil acoustic riffs and searing backing violin chords wrapped around Alex’s warm vocals, painting a picture of childlike confusion and coming-of-age ups-and-downs before bursting into a towering composition that feels intimate, stratospheric, and empowering all at once. Ultimately, the song feels like one big, hard-won epiphany.

“I was all spinny and I, as everyone, wanted someone to tell me that the apocalypse happening around us was going to be perfectly okay in the end. But no one could answer any of my questions, or tie anything that was going on into a neat bow,” she explained in a press release.

“Writing music had become stressful, so I started going to the beach and snorkelling around with the fish. One afternoon I was snorkelling and thinking about my questions and my friends, and it came to me that it’s just like the handbook idea. That, at some point, everyone is kicked in the head with the realisation that there is no handbook and no answers – we’re all in this without training wheels and we just have to keep swimming together. That’s what ‘Growing Up’ is about. When I got home, I sat down on my floor — where I write all my songs — and wrote the whole song in less than a day.”

Throughout the album, Alex continually tackles the complexities and harsh realities of life, but through the lens of attempting to learn, understand, grow, and practice self-care. The propulsive, effervescent “Octopus” is a guitar-driven alt-pop anthem inspired by her shift in perception in the wake of her Autism Spectrum Disorder diagnosis. Life moments like these can be confusing and scary, but Alex celebrates her journey of personal growth and self-discovery at every turn.

Meanwhile, the single “Ride My Bike” is Alex’s wrenching reflection on the end of a relationship, and a personal plea to live and learn and move forward.

“It’s also about hating the gym, riding your bike, and trying to do a lot of different exercise and activities to try and distract yourself from a breakup.”

Those motifs of growth and finding the symbolic light at the end of a dark tunnel come through vibrantly and in incredibly relatable ways on “Airport,” whose lyrics like “the song that played was Phoebe Bridgers/ I turned it off cause I was jealous I didn’t make it,” hit in a particularly vivid way. The track portrays the emotional intricacies that pop up in romance, and the anxiety to be your best self throughout that process.

“It’s a follow up to ‘Growing Up’ when you work out, you have to reflect, admit your mistakes, and do some work to be in a proper relationship,” Alex explained in a statement.

“I was seeing that separation all around and experiencing it myself, and I wanted to write about what happens when you meet up with someone you care about after such a long time, and all the pressure that comes with that. I wanted to write a love story that doesn’t have an end, that you can choose what happens to them. Pick your adventure.”

Eventually, the album closes on the cathartic final one-two punch of “Northern Lights” and “Haircut.” Both tracks represent the symbolic turning of a new leaf, or quite literally in Alex’s case, a new haircut. “By next July, my therapist will say I’m fine/ I’ll go to see the Northern Lights,” she croons with a playful determination. Meanwhile, the lyrics “‘Cause since I cut my hair, I’ve been feeling so much better/ It was more than that, the mirror looks back/ And I feel like who I am supposed to, do you know that feeling?” put a final stamp of metamorphoses on the album, along with an ode to friendship.

“When Australia opened up for a brief month or two last year my friends and I went to the blue mountains for a few days. We went swimming in this very cold waterfall that gave me and my friend Taz a headache because it was so cold. This song is about then, that even though the world is a scary and sometimes mean and dangerous place to be in if you’re different, if you have a group of people that love you it can help you be okay.”

There’s a “cause-and-effect,” “before-after-after” process to How to Grow a Sunflower Underwater that’s inspiring to witness. It’s as intense as it is motivational, and it’s as thereapeutic to listen to as it must have been for Alex the Astronaut to write and record.

You can purchase the album HERE, and check out the tracklist and stream it below: