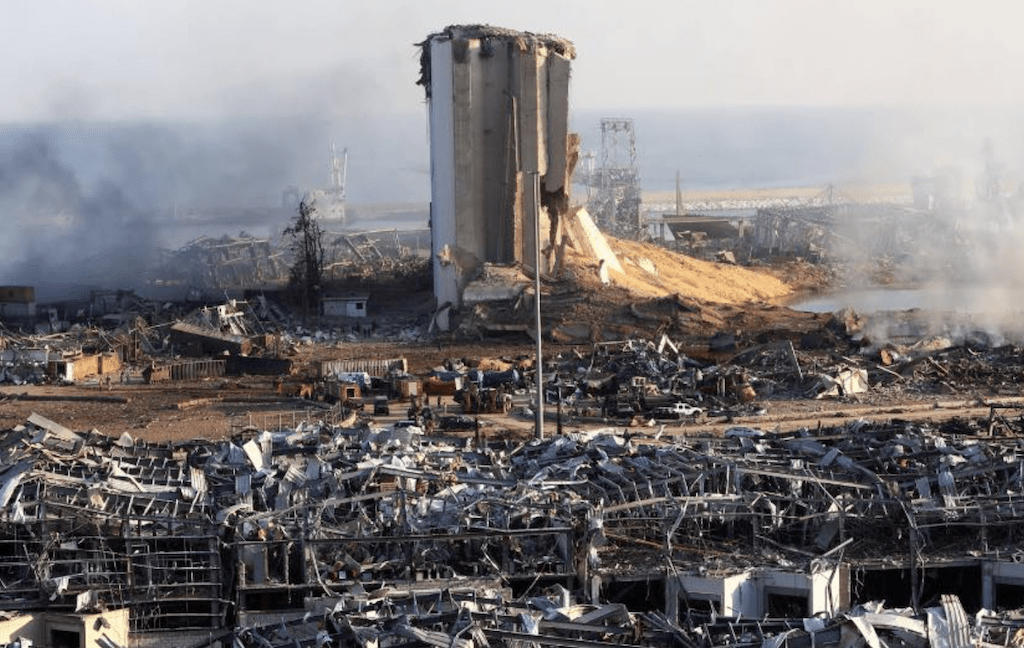 On Tuesday, August 4th, Lebanon’s capital suffered an explosion that destroyed a majority of the area surrounding its port. Along with various restaurants, shops, residences, and other buildings, the blast “virtually wiped out” the nightclub district in Beirut.

The devastating explosion killed more than 150 people and wounded at least 5,000 others. The alleged cause of the detonation stemmed from a highly reactive chemical. Supposedly, 2,700 tonnes – 2,976.241 U.S. tons – of ammonium nitrate laid dormant for six years in a warehouse near Beirut’s port. The cause of ignition remains a mystery, considering the chemical is not explosive on its own.

According to a report by Martin Chulov of the Guardian, the explosion hit extremely close to the nightlife district. It affected many venues close in proximity, including AHM, B018, The Ballroom Blitz, Discotek Beirut, The Gärten, The Grand Factory, and O1NE Beirut. These spaces were instrumental in bringing the EDM scene to Lebanon’s capital. Here’s what Moe Choucair, co-founder of The Ballroom Blitz, told Mixmag:

The nightclub district is indeed all along the port but the damage means nothing to our team in comparison to the apocalyptic disaster our country went through. The explosion destroyed Beirut and shook the entire country. There are thousands injured, more than a hundred dead and the numbers are still going up by the minute. We’ve stopped thinking as a club and started thinking as a team of individuals pooling ideas to try and help in the most efficient way we can think of. Our establishment is the least of our concern right now because of the huge impact and urgency to react to this catastrophe.

Beirut is now under a state of emergency for two weeks. Before the blast, half the city’s population lived below the poverty line, and the capital dealt with a 35 percent unemployment rate. That’s on top of the Coronavirus pandemic, where cases here were on the rise. Now, 250,000 people new homeless people arise in the aftermath of the explosion.

Marwan Abboud, the Governor of Beirut, stated that half the capital suffered destruction from the blast. The damage likely surpasses $3 billion. Injured persons currently overrun the hospitals. The explosion occurred over a 6-mile radius, while people felt the force more than 100 miles away.

This video captures the terrifying moment a bride posing for photographs on her wedding day is rocked by the massive warehouse explosion in Beirut. https://t.co/67cHoGsNc4 pic.twitter.com/NVpCUogop7

Resources to help Lebanon and those affected by the disaster can be found here.