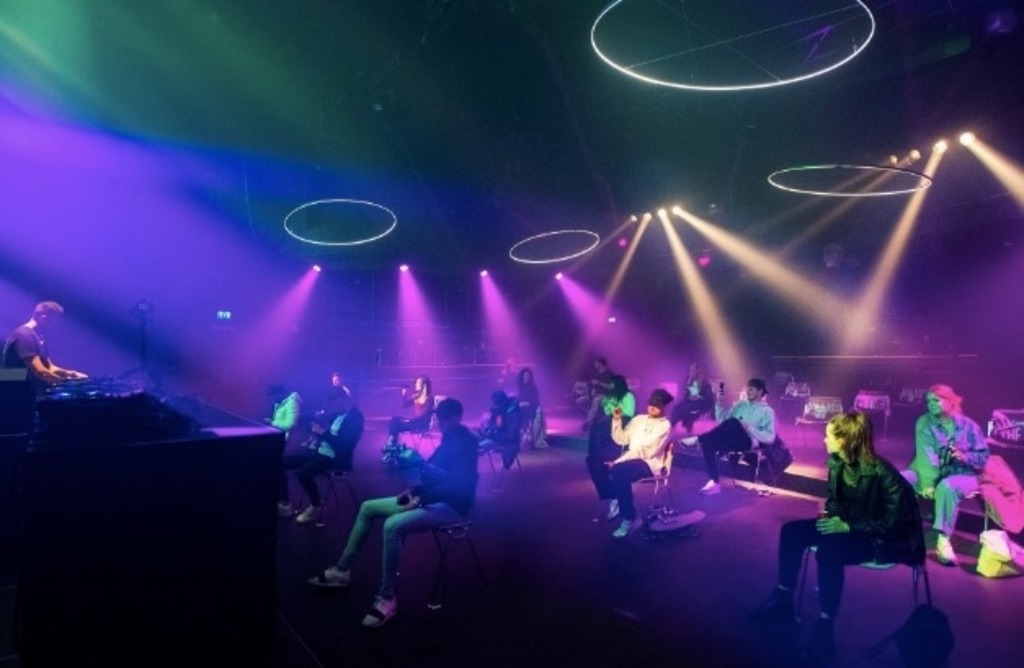 The EDM community already knows about drive-in raves, but now there’s another way to social distance – at a nightclub. A club in the Netherlands has pioneered a new form of raving called “social dis-dancing.”

Doornroosje in Nijmegen, Netherlands allowed guests to come sit-back and rave with them for 30-minute sets. Instead of starting at midnight, the club opened its doors at noon. The club technically banned dancing. However, that didn’t stop people from cutting it up from their chairs. Another rule stated that attendees could not leave their seats. Who actually enjoys traversing through a crowded rave anyways?

Honestly, the future looks weird, but in a good way:

COVID-19 threw a fork in the blender of everyone’s life. It has had an especially crippling effect on the nightlife industry. Businesses like Doornroosje are creating innovative ways to reopen. As governments all over the world impose precautions on venues that want to start up again, these venues will have to follow strict rules and regulations in order to do so safely.

According to promoter Jonatan Brand, the initial plan was to allow people to dance as long as they remained 5 feet apart. However, the plan was derailed by the local government. Right now the capacity is limited to 30 people at a time, but the club hopes to expand to 100 by July, seeing that local officials grant it. If you’re eager to get your social dis-dancing on, cost is only 10 euros and includes a drink. Sounds like the ideal price for a once in a lifetime event like this.

It’s still very cool people are still dancing, although they are on the chair, they’re fist-pumping, they’re moving their bodies, so — it’s great

DJ Davey Brandts supplied a majority of the beats for the day. Here’s what he had to say about the reopening and social dis-dancing:

It’s nice to play actually on a loud volume again, to see some familiar faces. I think everyone had been looking forward to it, because it had been a while since you could drink a cold beer at a big venue like this.

Personally, I prefer the back of crowds so I can dance like a maniac and let my freak flag fly. This setup is actually great for hair-ography and vogueing. Plus, if you or someone else forgets deodorant, B.O. wouldn’t affect you. While I would miss dancing with friends and meeting new faces, I think this is the current world we’re living in. We have to make adjustments.