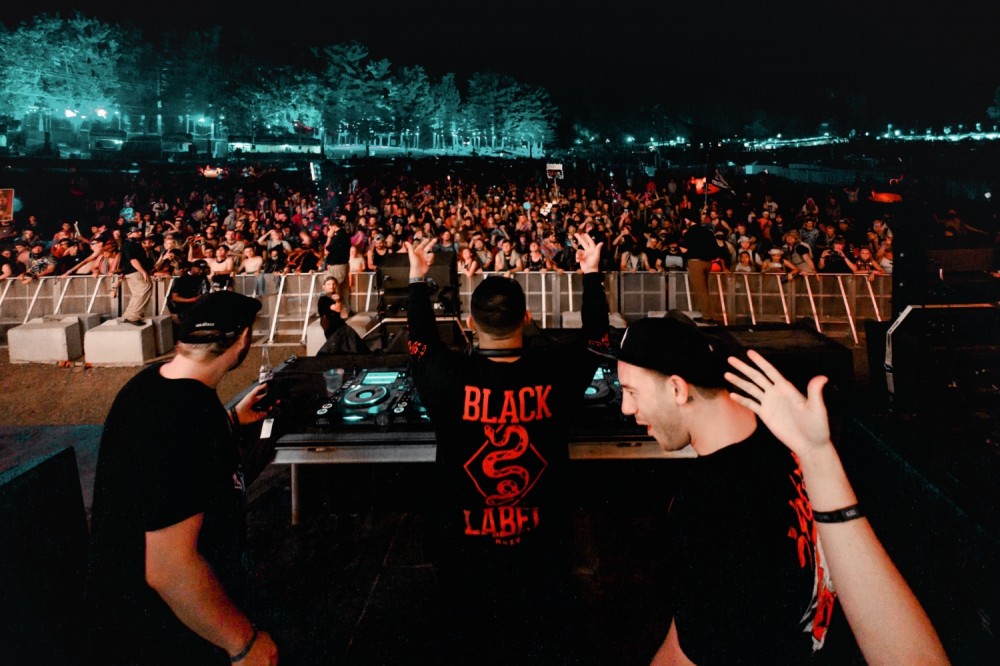 Home
EDM PLANET
NAZAAR delineates the making of his potent new production, ‘Do or Die’ [Q&A]
by: Rachel Narozniak Feb 7, 2020

With the release of “Do or Die,” NAZAAR‘s stock of speaker bludgeoning bass weaponry has broadened, and the producer’s penchant for trenchant sound constructions has come into clearer focus. As streamers acquainted with NAZAAR’s preceding outing, “Blitzkrieg,” made in tandem with Carnage, the twinkling tones at the onset of “Do or Die” are not a faithful sonic representation of the ear-splitting action that follows.

Dark, brooding chords emanate as vocals supplied by featured artist, Tiffany Lologo, accent the slow arch of “Do or Die’s” opening. Siren samples positioned just before NAZAAR’s forcefully crafted drops are a signal to listeners: be alert. What ensues? Bass-aided ruckus with a jagged dubstep edge.

A satiating amalgamation of heavy-handed elements, “Do or Die” foregrounds NAZAAR’s low end expertise while whetting listeners’ appetites for more of his fiery brand of bass music. Dancing Astronaut caught up with the Zomboy-backed act to learn more about “Do or Die” and NAZAAR’s production plans for 2020.

DA: Inspirationally, how did ‘Do or Die’ take root?

N: “Do or Die” is a song that is highly inspired by risk. It was written to help [listeners] let go, be free, and know that if [they] have a chance, [they should] take it. Just take it.

When writing the intro, I wanted to bring a very harmonious balance between emotion and feel good. This song will leave you feeling like you need to take any and all chances you have.

“Do or Die’s” featured vocalist Tiffany Lologo is a hidden gem. She’s an amazing vocalist who was introduced to me by a friend of mine. When she delivered her vocals to me, I instantly knew we [had] found the perfect person for this track. Artists like her are rare to find these days, she absolutely killed it.

DA: Tell the readers of Dancing Astronaut a little bit about your musical route to date

N: This journey began in late 2013, when I was about 14-years-old. As a youngster, I found myself super intrigued by the production of music in general, so I decided to try it out. It became my life from that very moment.

DA: What do you aim to achieve with your sound?
N: My sound is hybrid–that’s the most important aspect of it. It’s a combination of Middle Eastern influence and electronic sounds, with a twist of hip-hop. I’m constantly trying to make my sound fresh; creating my sound is a process.

I’m constantly working on trying to create something fresh, different, [something that’s] never repetitive. To me, being diverse is very important. You never want to be known for only one thing or only one sound–even if it’s working. I feel like [listeners] deserve much more. I’m highly inspired by a lot of Middle Eastern artists, such as Soltan, who can think outside of the box and bring something completely [different] every single time.

DA: What’s in store for NAZAAR in 2020?
N: For me, 2020 is going to be a pivotal year. I want to showcase my diversity to the world, and I want my music to be felt–not just heard. I have some sick new sounds and ideas that I haven’t brought to the table yet, [so] I’m pretty hyped about that.