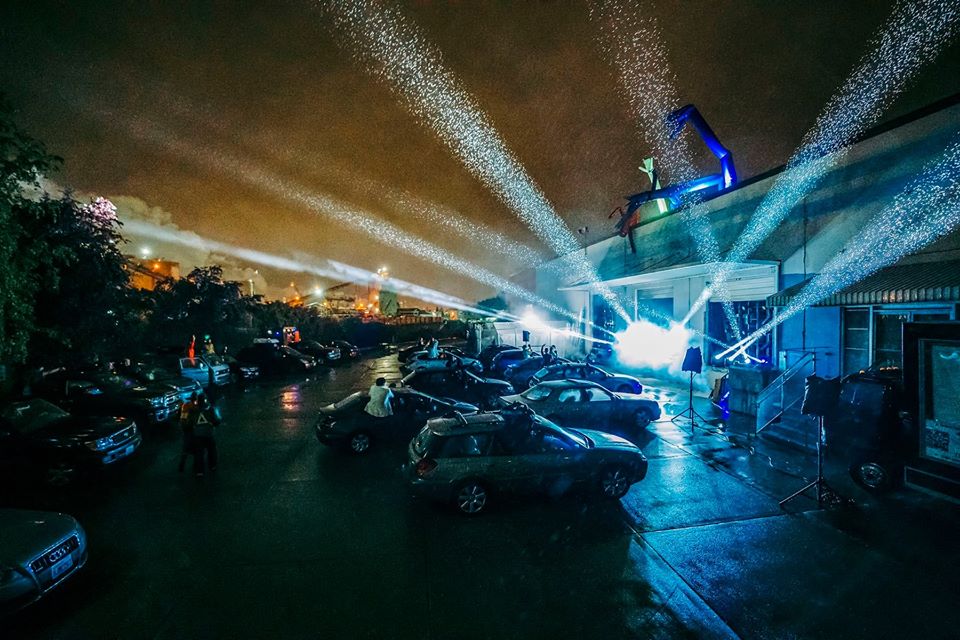 R90 owner Joe Cole used a loophole in Washington state’s COVID-19 lockdown orders to avoid the repercussions from hosting an in-person gathering. How? By classifying their drive-in rave as a religious gathering offering “the gift of music” to its attendees.

The result? A 21-car rave in the shop’s parking lot, complete with three lighting towers, 15 Robe MegaPointes, and 27 LEDBeams.

The Tweet below reveals a sneak peek from that night:

Attendees listened to sets from local artists, including Darrius, Pezzner, Subset, Powermitten, and Glan Cannon. In accordance with local laws, all the eventgoers stayed in their cars for the entirety of the event. Although guidelines did not set limits on the number of people in each car, they required that guests all be from the same household.

Just like any religious service, the Covert Bat Drive-Thru accepted donations from the “congregation.” Following Governor Inslee’s memorandum, organizers used a drop-box for vehicles entering and leaving the venue.

Due to the event’s success, the R90 team is now considering ways to host drive-in events on a larger scale.

All over the world, event organizers are in a similar position. They’re all looking to find ways to bring the live music industry back, albeit in a socially distanced fashion. Some of them have been successful, and others… not so much. However, the fact remains that we will start to see more and more creative ways to bring back live music in a safe manner.

For the sake of live music fans and the industry as a whole, hopefully, this happens sooner rather than later.