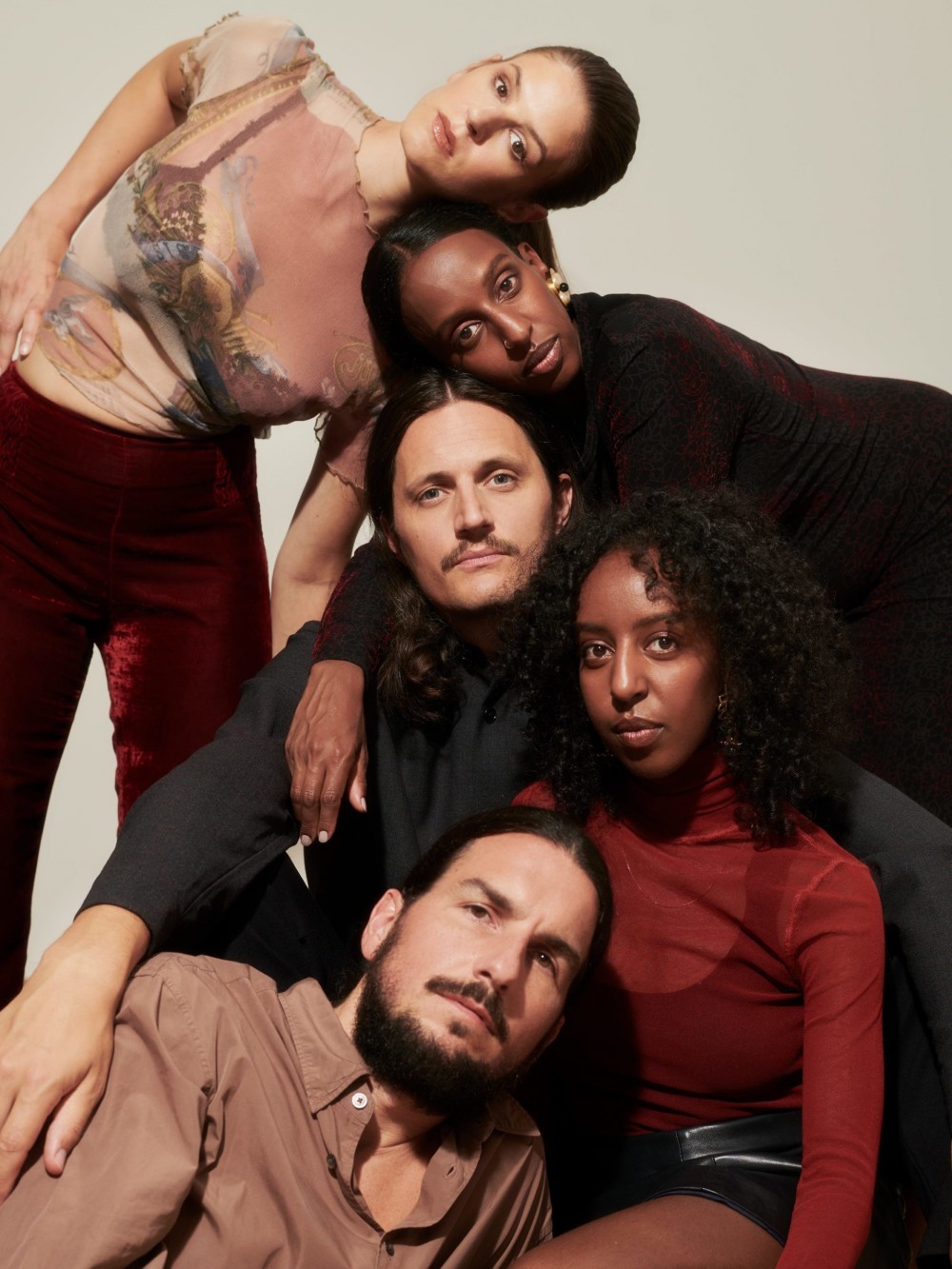 Fast becoming known for their wonderfully weird approach to pop and electronica, Bern, Switzerland outfit Sirens of Lesbos are one of the most exciting new artists in continental Europe right now. Their new single “Pala” justifies that statement with aplomb. Inspired by Aldous Huxley’s novel Island, the track is a hazy electronic production with serious offbeat grooves. Rich in analog bliss, it’s built on a steady drum machine loop with layers of tropical vaporwave synths building throughout.


The five members of the band were brought together by Bern’s richly diverse music scene. With various backgrounds in electronic music as producers, vocalists and performers, they soon found a fruitful collaboration as Sirens of Lesbos. The collective started with a half-joking, self-imposed challenge to write an Ibiza-style hit.

“All of a sudden we were in talks with almost all major labels and publishers out there,” re-calls Friede. “In the end we signed with Epic/Sony. But it was like two drunken teenagers getting married in a Las Vegas chapel…once we sobered up, we both realized that we were not meant for each other.”

Now that they’re re-focusing their own brand of slinky, retro-sexual alt pop, they’ve found an incredible niche in the music they love. “Pala” is just the latest quirky example from an incredibly talented outfit. You can listen to it below.