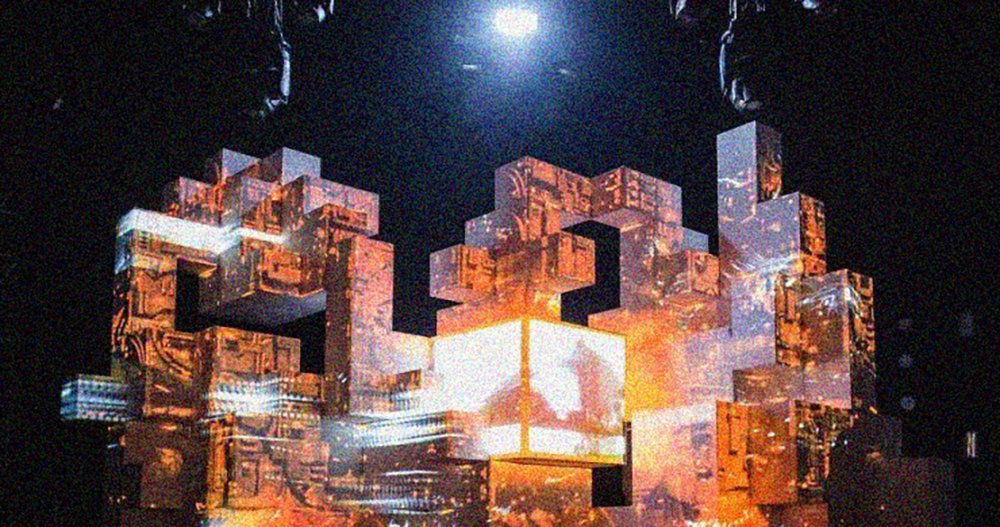 A super-rare live performance of electronic pioneer Amon Tobin at The Sydney Opera House has finally hit the internet!

There’s no shame for those not entirely familiar with the Brazilian artist for his music often finds itself in the more obscure regions of electronic music. His back catalogue resides on famed label Ninja Tune and has lent his productions to major movies including 2003s “The Italian Job” featuring Mark Whalberg and Charlize Theron.

That all changed when he announced his ISAM project, a “custom-built 25 ft, 3 ton cubic installation, acting as a morphing multidimensional screen” that brought to life the original 14-track album.

The ginormous installation landed in Australia in 2012 with one show at The Sydney Opera House that saw Amon Tobin ”perched within the structure’s core, revealed to the audience in key moments of a visual narrative.”

Rumour has it, the show is so expensive and bulky that it can’t be financially toured and part of its obscurity and why you won’t see ISAM, or ISAM 2.0 anytime soon.

Having been there that night, the show is almost too big, too powerful and too memorising to put into words and a high recommend to sit back and click play.