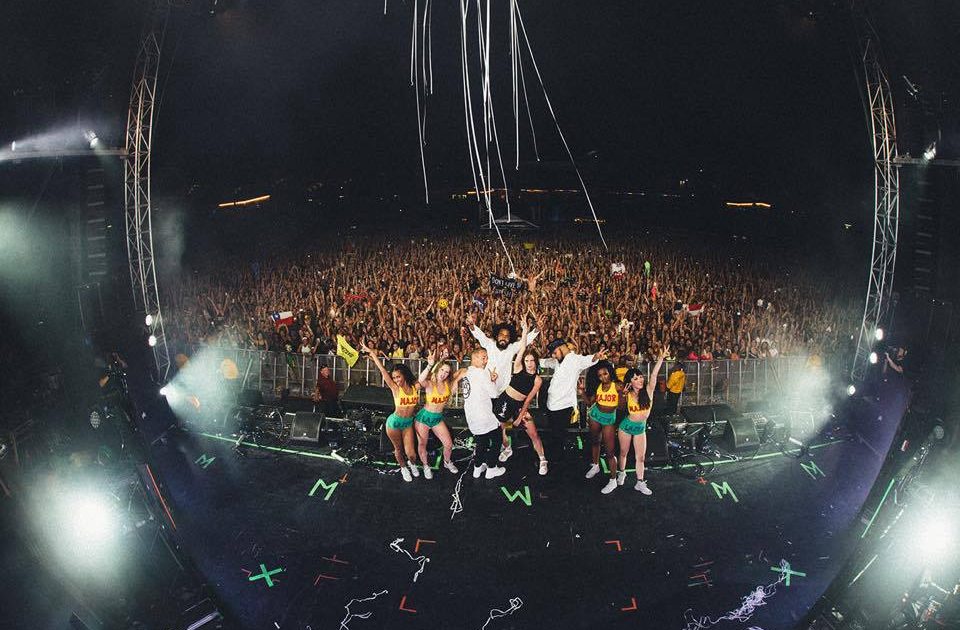 In a recent podcast with Stereosonic founder Richie McNeill, the former director of the festival spilled the beans on the time Global Gathering tried to take on Stereosonic in Australia.

The story started when Richie was a 50% owner of the Two Tribes festival alongside a company called Future Entertainment. After Richie left the company in 2006, Two Tribes was reborn as the more famously known Future Music Festival and went on to become Stereosonic’s main competitors.

Although the Two Tribes split wasn’t a friendly one, for the first year, Stereosonic and Future Music didn’t really butt heads. Future Music Festival kept the March time slot they’d always claimed during it’s times as Two Tribes. Richie’s Stereosonic went for the opposite time of year, where he had always seen a gap in the market. It was the end-of-uni, school break, start of summer November slot. With so much time between the two festivals, there was more than enough space for them to coexist.

The peace deal between Future and Stereosonic ended abruptly in 2008. Future Entertainment were planning to bring an international festival, Global Gathering, to Australia. It was less an issue of them entering the market, and more about the date they chose – the same weekend as Stereosonic. In a 2014 interview, Richie told The Music that Future Entertainment and Stereosonic had a verbal agreement never to try and poach each other’s dates.

“Global Gathering was kind of on top of us. They were originally on the same couple of dates, I reached out to the guy (James Orgate) from Global Gathering saying, “Hey, I’ve spoken to a few artists and managers that are friends of both of ours, I’m not a bad bloke, I know who you are and your brand, this is just a ploy on our weekend, can you not. I don’t think its good for your brand coming over the top of an Australian brand, it’s not good for the scene, certainly not good for my business, and I don’t think that’s good for you. There’s plenty of other dates and there’s room for everyone. Look, I’ve spoken to Future and Mark, he said, “Look, they’re my partners down there, I have to be guided by them.” So it was just, whatever. Said, “Alright, I’ve given you a heads up.” They went ahead and did it on the same two weekends and lost millions of dollars and didn’t come back.”

Listen to the full podcast on the epic rise and sudden fall of Stereosonic below. Also available on Apple Podcasts and Spotify.